Last weekend I headed off up the M3 to Princes Risborough Golf Club in Buckinghamshire for the last Tri-Adventure race of 2013: for me, the 4-hour Experience race, and I brought along a friend completely new to the sport who did the 1-hour Trail version. I’ve done 2-hour Tri-Adventure Sprints before and always really enjoyed the atmosphere, and I’ve done longer races with other organisers, but this was my first race of this length with Tri-Adventure.

Before the race started, registration was in a big room with plenty of seats and tables to have a look at the maps. The friendly course planner was wandering around helping out beginners and answering questions, which was very handy. And free tea, coffee and biscuits, which as a studenty-type is always going to go down very well with me.

The weather was overcast and misty with a tiny bit of very fine drizzle here and there, chilly but not cold, pretty good conditions overall. Plenty of mud and big puddles on the ground to test out the grip (and lacing…) on your running shoes! 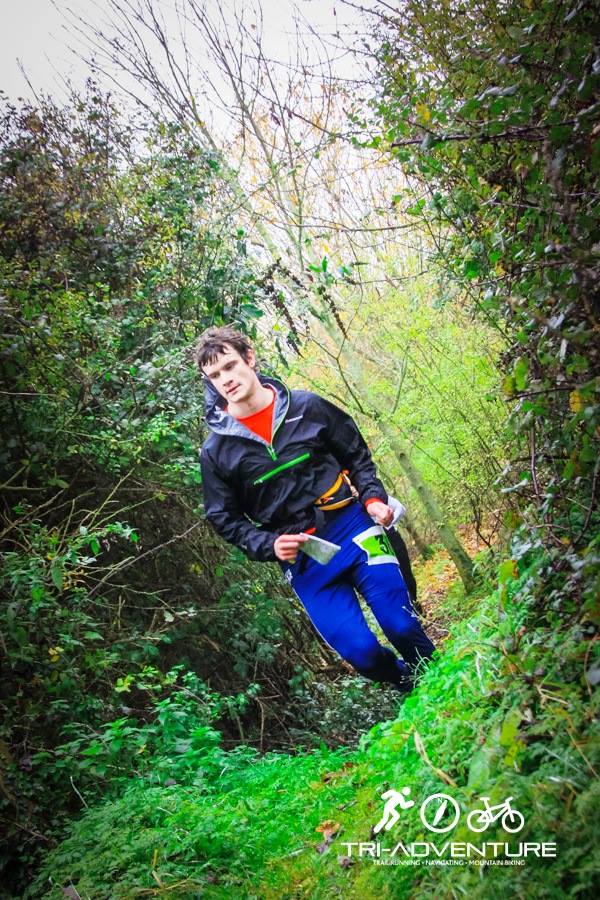 The 15 run checkpoints were spread out to the northeast of the Start/Transition/Finish and routes between them included lots of generally well-signposted footpaths and bridleways including part of the Chiltern Way with the odd tarmac section (unavoidable in this part of the world). Unhappily, my run was cut short by a twisted ankle after only about 40 minutes from the start,  but I managed to hobble back to the transition collecting a couple of new checkpoints en route. There were a couple of other competitors who stopped for a few minutes to make sure I was okay for which I am very thankful, really shows the brilliant spirit and community sense of adventure racers. After this I didn’t make it to any of the northern half of the course unfortunately, which looked like it had the more challenging navigation in the woods and hillier terrain.

Back at the transition I had a bit of an unpleasant incident. I pulled my muddy run shoes off, which got my hands dirty, so I wiped my hands off a bit, then wiped my face with my hands. Then, I noticed a manure-y smell following me around. Turns out it wasn’t only mud on my shoes, and I hadn’t wiped my hands off as well as I should have before touching my face…

Next, the mountain bike section. I got back to transition at about 90 minutes into the race. My ankle seemed happy enough on the bike so I went out with the aim of clearing the bike course, which was all off to the south and east of the transition. There were plenty of muddy trails and plenty of short sharp hills to test the whole body and quite a bit of good riding on the Bledlow Circular Ride bridleway. Someone had nicked one of the checkpoints in Chinnor so a frustrating 10 minutes was spent there checking I had the right junction, but the race organisers had no problems giving out the points to those who went there. A few too many out-and-back checkpoints for my liking but this was partly due to my route choices. Also I cleared the 15-checkpoint course fairly comfortably in dead-on 2 hours so wasn’t able to make up for my shortened run with extra time on the bike. With this, and the race winner collecting all-but-one checkpoints (run and bike) and finishing with 20 minutes to spare, I feel that perhaps the bike could have done with a bit of a bigger range. But in fairness, judging how fast people are going to complete the course is more of an art than a science from the course planner’s perspective, so I won’t hold this against the race. There’s some great countryside in this area and it was showcased very well. 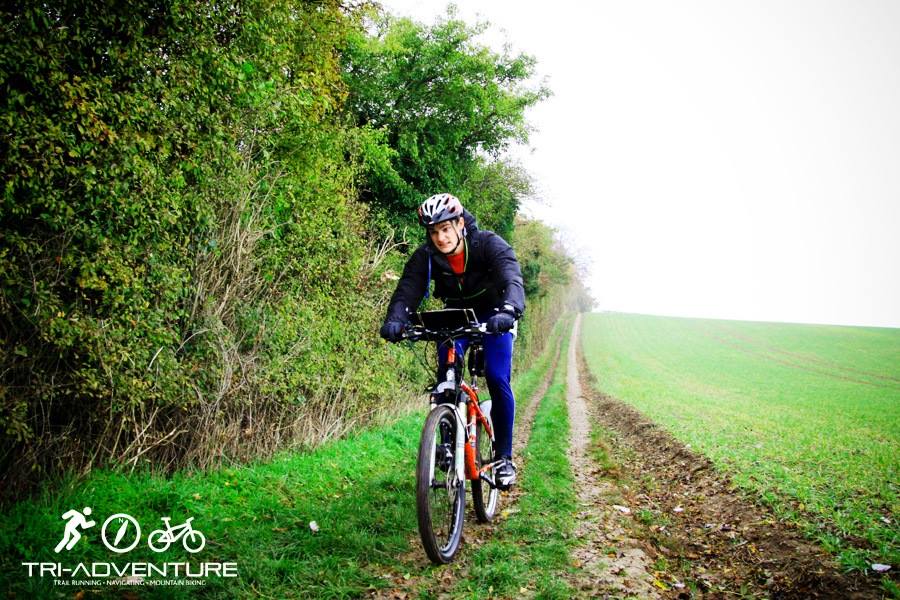 My friend doing the 1-hour Trail run version had a great time and is keen to come back for more. She unfortunately got on the wrong end of some penalty points for a late return, but managed the unlikely achievement of scoring in the end precisely 1 point, in a race where each checkpoint is worth 10 and there’s a 1 point per 30 seconds penalty for being late… what are the odds!?

I tried out a few new bits of kit in this race which I will go into more detail about in the future in their own posts. But, they were: (1) a Montane Minimus waterproof smock, which I wore for the entire race over a long-sleeve technical top [quick verdict: crazy lightweight, quiet, well-fitting, comfortable, cool = very happy customer]; (2) Diadora X-Country 2 MTB shoes [qv: a little better in every way than what I was using before, but that’s not saying much]; (3) MTB tyre combo of rear Smart Sam – front Racing Ralph (both Schwalbe) [qv: nice fast rolling on the road/tarmac sections, no issues with grip on the steepest, muddiest hills and descents].

All in all, a very good race (if a little short on the bike), excellent organisation as always from Tri-Adventure, and one new adventure racer. Can’t wait for the next one in January – details on the Tri-Adventure website! 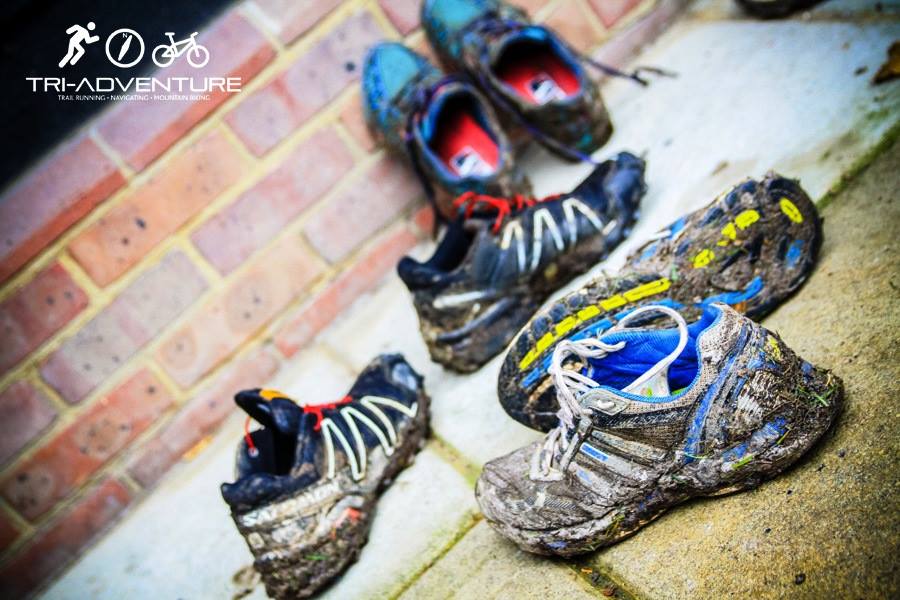